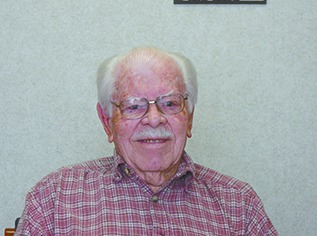 Lloyd Smith was born and raised in Reinbeck, and as a child lived only 3 blocks from where he currently lives at what is now Westview Estates. He remembers the area was more rural then as opposed to the housing and neighborhoods that now exist. Lloyd joined the Navy as a young man and served his country for 3 years. He spent most of his working career in the insurance business which took him to Dubuque, Cedar Rapids, Des Moines and finally back to Reinbeck where he retired in 1978. Lloyd and his wife Daphne had two children, Jerry and Tom and two grandchildren.

After his retirement in 1978, Lloyd and Daphne built their home in the country south of Reinbeck and Lloyd stayed busy by volunteering at Allen Hospital, a commitment that lasted 22 years. After 30 years enjoying country living, Lloyd sold his home and moved to Westview in 2011, shortly after his wife Daphne passed away. Lloyd decided to move when he compared the cost of living at his home with living at Westview and decided it was best to move.

Lloyd thinks one advantage of living at Westview Estates is the easy transition moving back to his apartment at Westview from Parkview Manor Nursing Facility after recovering from hip surgery. It was comforting knowing he would have a place to go to recuperate after his surgery in the hospital. Lloyd also enjoys using the exercise equipment daily and works to keep as strong and healthy as possible. He said, “I get plenty to eat, the noon meal is good, the scenery outside my window is beautiful and I can’t remember the last time I had a sick day.” Lloyd also enjoys bingo, the musical entertainment each month and coffee time with friends he has made at Westview. 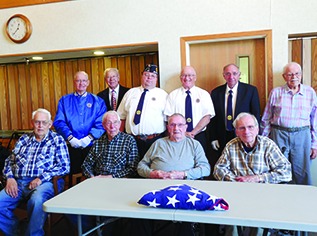 The Senior Farmer's Market Nutrition Program provides qualified seniors aged 60 and over with coupons (checks) that ...

Grundy Center Are you a caregiver for an older family member or friend? You may not consider what you do as ... 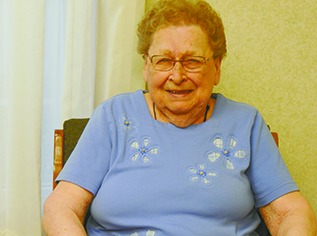