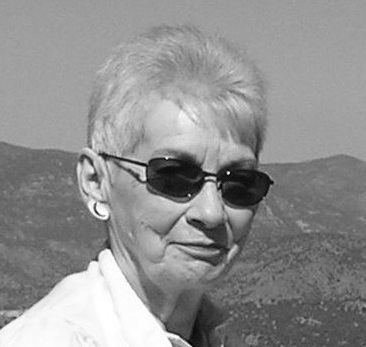 Lavonne Frances (Moye) Anderson, a longtime resident of Marshalltown, formerly of Reinbeck, passed away peacefully, with her family by her side on Saturday, July 18th at The Willows of Marshalltown, while under the care of St. Croix Hospice. A graveside service will be held on Tuesday, July 21st at 9:30 AM at the Reinbeck City Cemetery. We ask those in attendance to please continue to use social distancing, and a mask is optional. There will be no public visitation or service. Memorials may be directed to Animal Rescue League, 1921 Taylor Ave., Marshalltown, IA 50158 (please note Lavonne’s name in your check memo). Messages of condolence and memories of Lavonne can be shared with the family at www.abelsfuneralhomes.com

Lavonne was born on March 6, 1926, to her parents Francis & Elsie Bertha Louise (Reinke) Moye, in Garrison, Iowa. Her family later relocated to their family farm, southwest of Reinbeck. Lavonne attended school in Reinbeck and graduated with the class of 1944. After high school, she began working as a banker for Lincoln Savings Bank in Reinbeck for several years, where she met the love of her life, Robert Earl Anderson, Jr. The couple was united in marriage in Reinbeck on June 10, 1947. With Robert’s career for Chicago North Western, they relocated to Fenton, Iowa, and then many other communities, as Robert worked his way up the company ladder. In 1951, Lavonne and Robert were blessed with a son, Roger. After Roger was born, Lavonne stayed home, where she was able to care for her family and help her husband with his work. She made their house a beautiful home!

In their later years, Lavonne and Robert moved to Marshalltown. She was involved in the Marshalltown Lioness Club, where she volunteered for many years. In her free time, she enjoyed bowling league, golfing, card club, and traveling. Lavonne and Robert traveled to many places, frequently to Arizona and she was able to take their dream vacation, to Alaska. Lavonne was known to be an avid reader, reading many affirmations, and was proud to say she had read the Bible, cover to cover.

Although Lavonne was blessed with 94 wonderful years, her family, especially her son Roger, will deeply miss her.