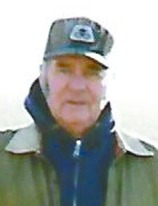 Howard “Toby” Clough, 93, of State Center and formerly a life long resident of Garwin, passed away on the morning of April 18, 2020 at the Iowa River Hospice Home in Marshalltown, Iowa. Private funeral services due to the state mandates will be held for Howard’s immediate family. We encourage friends of Toby to share fond memories at www.mitchellfh.com. Memorials may be directed in Howard’s name to his family for a later designation. For additional information please phone 641-844-1234. Mitchell Family Funeral Home is caring for Howard “Toby” and his family. Howard Dale Clough was born November 19, 1926 in Kansas City, Missouri to parents Glen and Mable (Westphall) Clough. Howard grew up with his family in Garwin, Iowa. He attended school in the Garwin Community School District until the time when he was called to service for the United States Army. Upon his release from service, Howard was united in marriage to Maxine Starits on November 17, 1946 on Maxine’s family farm in rural Garwin. The two began a life of their own having six children. The couple called Garwin home for over 60 years. Howard farmed the land and raised cattle and hogs while being employed by Pioneer Seed. Throughout his life he worked for the Tama County Assessor’s office and he was the Tama Weed Commissioner for several years. Howard was a member of the Lion’s Club of Garwin, American Legion Post in Garwin, served 12 years on the Garwin Community School Board, attended the Garwin Community Church, was a trustee for the Garwin Cemetery Board, and He was active in helping out with the Garwin 4-H Club. Howard enjoyed coin collecting, fishing, and putting together the fireworks display for the city of Garwin for over 40 years. He was an avid card player who enjoyed his games of pepper, poker, and cribbage. Left to remember and cherish his memory are his children: Jane (Roger) Halleck, Ronald (Susan) Clough, Randall Clough, Jeana Clough, and Richard (Shelly) Clough; grandchildren: Todd (Rob) Pope-Sandquist, Tedd (Dana) Pope, Wendy (Joey) Lang, Troy Sanders and Chris (Christine) Sanders; great-grandchildren: Peyton Pope, Preston Pope, Logan Lang, Noah Lang, Oliver Lang, Olivia Sanders, and Jack Sanders. He was preceded in death by his wife Maxine; his daughter Jeanette Sanders; his parents Glen and Mable Clough; and his sister Carley Luethjie